When Hooves Meet Face continues their successful formula of recreating an alternative rock staple (as they did with “Pony in the Jar”) and using it to explore adult themes. Here they take a classic hoof stomper by Lit and use it to humorously explore the perils of being a pastel pony in the world of NSFW art. WHMF is obviously very comfortable with this style of music, and they manage to capture the essence of the original perfectly both instrumentally and vocally. Standout lyrics like “I can’t remember who these characters are supposed to be” and the acknowledgement that a particular subject is “never really in charge” of how they are used in fan art are delivered with well-deserved confidence.

Whatever your feelings about adult art sites may be, there is no denying that this song (and the accompanying wacky, one-horse band video) is a ROCKIN’ good time that might help chase those “lockdown” blues away! Please give it a listen and give When Hooves Meet Face some love!

DoTheDaringDew has been a notable musician in the fandom for quite some time. To commemorate everything he has achieved in the past decade, DTDD reworked every single song he made in that span in the new, jam-packed, 40-song album: Reflections.

(Continued after the break)

END_OF_DOCUMENT_TOKEN_TO_BE_REPLACED

The new Equinity album: Equinity 03: Breach is here, and with it tons of awesome music including Fresh Glamour, a Starlight-inspired track by two newer and talented musicians. This mix is slightly different from the one on the album, it differs by size and structure and the break made by Tw3Lv3 comes earlier in the track. While the album version was more progressive this one seems to have undergone changes thanks to Greyfade‘s input. 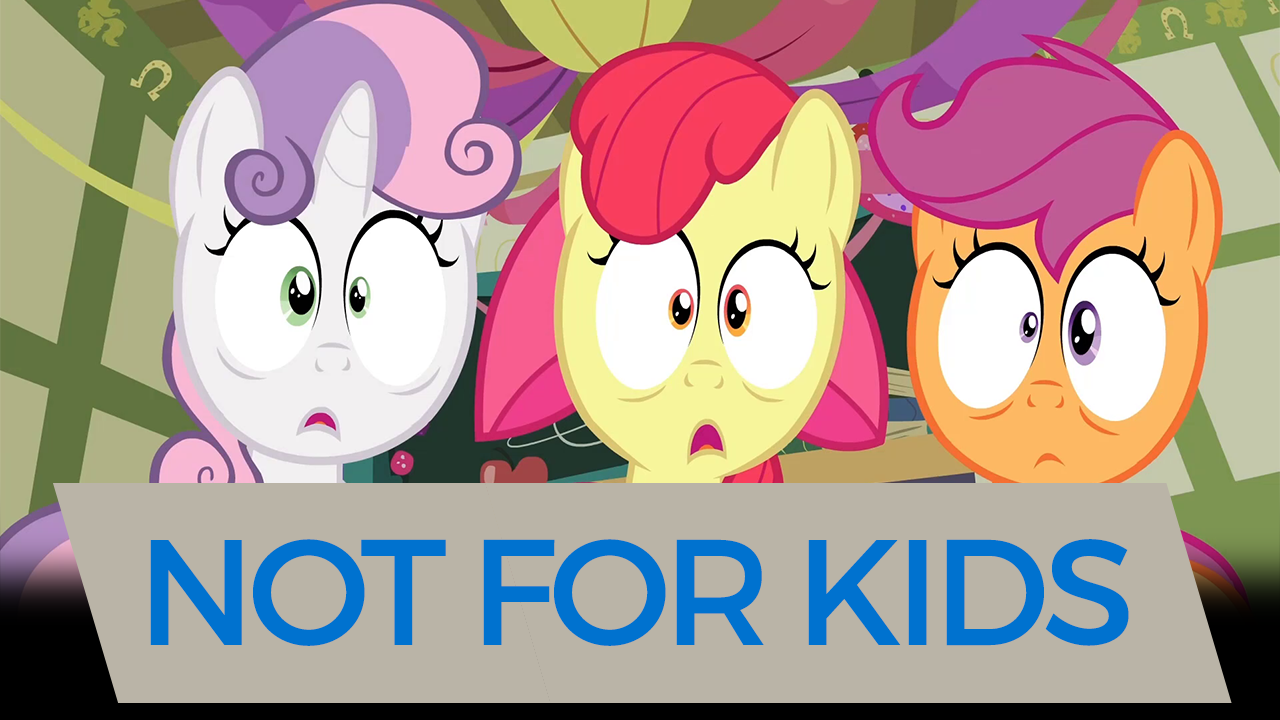 Yeah, this is quite the interesting song…(NSFW Video and Song, you’ve been warned)

END_OF_DOCUMENT_TOKEN_TO_BE_REPLACED

(Listen to the Fandom oldie here)
Old Discord fans should really enjoy this one! DOXY here amps up the tempo with some quick drum beats, plus in the spirit of discord kinda makes it chaotic with the wavy fast melodies and the 8-bit keyboard tones that sound like something out of Castlevania! Not a bad thing at all! The lyrics are manipulated to go at a discord pace. It’s incredibly nostalgic for fans that have been around for quite some time, and a warm reminder of when Discord first appeared in the show. The remix also features a pretty smooth keyboard solo. The technology and production value has gotten better over time. So, it’s interesting to hear remixes of older songs, and seeing how they still stand up. Who knows? Maybe folks like Doxypony will be making noise when gen 5 appears. As always, this Qilin asks you to judge for yourself.

Everyone knows PegasYs is such a good producer and vocalist. So how about a taste of some vocals that have just a tad of reggae vibe to them? It’s a style that is well-suited to the lyrics. PegasYs shows off his vocal range with this one, and the lovely Koa then comes in with her own sweet vocals to add some love to this “ship” of Twilight and Sunburst. As track 8 onP@D: Ignite, the song features a wonderland-style pop melody that is so catchy, and the vocals lend a worldly feel to the musical Moombah style (as it’s stated). You can relax in wonder with this one! As always, this Qilin asks you to judge for yourself.

You know…..This is a pretty thought-provoking track if I do say so myself. Faulty up to this point, to me, has been known to really smash out the high energy with his music. By contrast, this song is so deep and moving. That deep, dramatic piano, the rain effect, and the slow burn of emotion in that melody that is smooth and cerebral. The song becomes a journey for answers once TMB’s awesome vocals really start to take hold of your mind, and the message of the track really hits you. Faulty has made something inquisitive, ambient, and so chill. You can find it on P@D: Ignite at track 15. Come find out yourself with the bug queen! As always, this Qilin asks you to judge for yourself.

(Listen to the original here)

Atelophobia is the Fear of Imperfection or of things going wrong and also the fear of failure. It often manifests itself as a ‘perfectionist’ thinking style and can lead to a constant feeling of inadequacy or of not being ‘good enough’.

“Psychology is the name of the game here, and all of the elements are used here, my fellow bronies.”

Are you ready for Equinity 03: Breach? How about an opening track that is such a powerful remake? How about an intense dive into Sweetie Belle’s psyche? TCB must have really done his homework here. Those psychological elements are at work in the weighty opening and the expression of emotional bitterness Sweetie feels toward her sister delivered with those harmonious tones. We dive right into her fears and turmoils with these grindy and murky melodies. The vocal chops fit right in with the timing and add to the despairing mood. The track then goes into a range of emotion as Princess Luna arrives to even the score and helps the young foal. Oh man, the use of the piano and cello with ripping beats really just pulls you into Sweetie Belle’s fear! TCB has made so many improvements to the original, especially with the ending that fits so well with what Luna did for Sweetie in “For Whom the Sweetie Belle Toils”. Sweetie Belle battles her fear and anger with that hard bass that TCB is known for, and there is even a nice touch of victorian era violin at the end! What an awesome way to open the album, which will drop on 08/03/2020!  As always, this Qilin asks you to judge for yourself!

Gabber (/ˈɡæbər/; Dutch: [ˈxɑbər]), also known as gabba, early hardcore or Rotterdam hardcore, is a style of electronic music and a subgenre of hardcore techno.

I didn’t know ponies had computers! This composition’s use of blaring bass and slam-bang melodies brings the track to red alert! A cocky pony cat burglar tries to breach a well-known Equestria bank system, but woah boy–she’s in trouble now! The track features some smooth use of vocal chops to add authenticity to the botched hack and ensuing escape attempt. The chaos just keeps getting better as the track goes on!

I would say that now is a better time than ever to discover what Dash and the folks over at Equestria Terror Corps are about. Gabber is such a fun genre to listen to, and for those who have never heard it, this track is a great intro to it. It’s a shame it didn’t make Equinity 03, but Dash is still making Noise for the growing Equestrian Terror Corps label! As always this Qilin asks you to judge for yourself.

Seven Ponies makes an addition to the ever-thriving pony drum & bass scene after five years of inactivity. Inspired by the fanfiction An Affliction of the Heart, this song takes you to a realm of upbeat melodies and soothing chords, almost reminiscent of house. The light of the song contrasts with the strife conveyed by Plainoasis’ gorgeous artwork, but they have in common that their protagonists strive for solace. Keep an eye out for their track on the forthcoming A State of Sugar: Chocolate album!